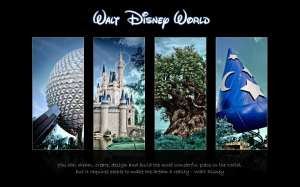 After every major operation in the United States Marine Corps, the troops go through what is called a “debriefing.” The purpose of the exercise is to pass along as much information about what occurred during the operation in question to be able to make a future operation run smoother than the one just concluded. Although you may not think so, taking on the challenge of Walt Disney World in Orlando, FL, is very much like a military maneuver in that it takes an extreme amount of planning to have the best time possible.

What we’re going to cover in this last part of my family vacation to the “House of Mouse” (hereafter referred to as “WDW”) are various miscellaneous things that you might not have picked up in the first two parts. Trust me, I could probably go on for a few more installments about WDW to help your trip, but I have to leave something for you to have an adventure yourself!

Arguably the best thing about the WDW resort – if you’re not into the rides, the Disney characters or other items around the amusement parks – is the choices for dining on the properties. Each of the amusement parks are replete with dining options and some of them are quite outstanding. But you have to be able to schedule these well in advance – our family did it three MONTHS in advance of our trip – otherwise you might be sitting in line waiting for a meal that will never come.

The dining options can be as simple as cafeteria style dining at some of the Disney hotels on the property to buffet style options that feature Disney characters (Chef Mickey’s is a very popular option in this category) to scrumptious meals featuring cuisine from several foreign lands (perhaps the best example our family found of this was Sanaa at the Animal Kingdom Lodge, excellent Indian and African fare). You have to be careful, however, as the meals with the Disney characters can be quite pricey; for the buffet you’re having, you might be better off waiting until you’re inside one of the parks where you can meet the Disney characters and choose a less pricey option.

There is also the issue of traveling to some of restaurants at other Disney hotels or even in the theme parks themselves. Sometimes you can do as instructed by the Disney staff – take a Disney Transport to one of the parks and catch another bus to the resort you have reservations at – and it will take you at least an hour to travel to and from a meal alone. This is one instance where a rental car comes in handy – especially if you have reservations at something like Olivia’s Café or the Grand Floridian Café – as you can drive directly to the resort, have your meal, and drive back to your hotel without the hassle of having to take the Disney Transport.

If you are going to a theme park restaurant (usually you would do this for dinner) you have to be careful not to languish too long over those after-dinner drinks. Disney Transport runs from the theme parks up to an hour after they close (around 8PM this time of year). If you have a late dinner reservation and repose in satisfaction following the meal, you might find yourself having to take a cab because Disney Transport has shut down for the evening.

There is another thing that you won’t see much of at WDW. Alcohol wasn’t served at the Magic Kingdom and the other two parks (Animal Kingdom and Hollywood Studios) until 2012 and even then it was on a very limited basis (such as restaurants). EPCOT is the only theme park where there are several varieties of alcohol sold around the park, including craft beers, wines from different countries and other spirits. So if you want to get your drink on, EPCOT is the place to be.

If you’re going to WDW, do not expect the trip to be an easy one, especially on your feet. You are going to be walking anywhere between five and ten miles a day (depending on how long you spend at the theme parks), so comfortable, well broken in shoes are a necessity. If you are planning on wearing a new pair of sneakers or breaking in those darling ankle boots you just got at Macy’s, you are only setting yourself up for a world of hurt and blistered feet. Don’t forget about comfortable socks, either; thin socks will be chewed up by the end of the day at WDW.

If you have young kids with you, it is quite advisable to pack a bag, like a beach bag, with some snacks and water for them to partake of during the day’s adventure. WDW personnel (they like to call them “cast members” whether they are performing in the shows or letting people through the gates) are pretty good about not hassling people over bringing in food and water into the theme park. These items will come in handy for the kids to rejuvenate themselves and even the adults might like a bottle of water to stem their thirst.

Of course, do not bring weapons into WDW and its theme parks. Even though Florida is a concealed carry state where people can normally carry a concealed weapon such as a handgun, the grounds of WDW are strictly a no-concealed carry area. There are plenty of stories online about people who challenged this law – stating that the WDW ban doesn’t have “force of law” (validity) – but have ended up being banned from the park because they didn’t want to give up their weapon. In fact, if a guest is to bring one to a WDW resort or hotel, the resort requires that the weapon be locked up at the front desk in a safe deposit box. According to WDW representatives, only on-duty law enforcement officers who have jurisdiction at WDW may carry weapons around the property.

There was something else that was a bit of a surprise that cannot be brought into the WDW properties. Selfie sticks – those devices used by many to get a “hands free” look to their cellphone photographs – are also banned by WDW. I didn’t get the opportunity to ask why this was the case (I am figuring two reasons – they can be quite obnoxious if someone is trying to walk around you and you whip this out in their path and, hey, they can be used as a weapon), but my wife and I found out first-hand what happens when you try to get one through the entrance. If you want to retrieve your property, you have to take it to Guest Relations, where it is appropriately tagged and you are given a receipt to be able to retrieve it. You can also voluntarily give it up, but I didn’t notice anyone doing that.

There are a litany of things that I would like to do in my meager existence on this mortal coil – run with the bulls in Pamplona, Spain and experience New Year’s Eve in New York City’s Times Square are two such examples – but with my age, those things have long since passed me by. Going to one of the Walt Disney theme parks – be it Disney Land, WDW or one of the parks in Paris or Japan – may not seem like much, but it is a pretty special experience, especially when you share it through the eyes of a son and share it with your wife and mother-in-law. It was a special time and, even though there were some things that were on the schedule that had to be bypassed, it was still a great time.

If I were to rank the four theme parks in order, it would go something like this:

While they were all outstanding attractions, I was particularly drawn to EPCOT and would have loved to have had a chance to take a more in-depth look at some of the non-ride attractions around the park. The Magic Kingdom is what you would expect – a non-stop day of rides for all ages – and the Animal Kingdom was enjoyable for the most part. The only thing that seemed out of place in the mix was Hollywood Studios (and I thought I would really like it, to be honest); it seemed there was a purpose for all the other theme parks but Hollywood Studios seemed to be forced just a bit. Still, given a day to thoroughly look over Hollywood Studios, that opinion may have been changed.

If you’re planning on going to WDW anytime soon, you are in for the trip of a lifetime. If you haven’t been for several years, it might be time to take another look. As for me and my family, it could be something we plan on doing more frequently before our son gets to be “too cool” (read:  too old) to go to a “kiddie park.” Then again, the Walt Disney World Resort in Orlando, FL is, as its creator wanted, a place where kids and adults can equally have fun.