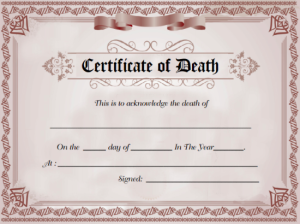 Every time I think I’ve seen just about everything possible in the 2016 Presidential primaries, there comes something new that just boggles my mind. Recently there has been some actions that I’ve never seen before and, if taken through fully to action, then the GOP has signed their own death certificate.

First there was the “coalition” that was contrived between the two bottom-dwellers in the Republican race for the nomination. Texas Senator Ted Cruz and Ohio Governor John Kasich entered into a “gentleman’s agreement” (re:  nothing to actually document that they made this decision) for Kasich to remove himself from the race in the state of Indiana, which has the religious conservatives that flock to Cruz and has its primary next week. In exchange for this “removal,” Cruz would take himself out of the mix in the New Mexico and Oregon primaries, two more progressive states that would be better suited towards Kasich’s message. The goal of this subterfuge was for the candidates to – in a shock of all shocks – be able to actually prevent Donald Drumpf from obtaining the delegates he needs in his molasses-slow slog towards the GOP nomination.

Now, regardless that the “coalition” was immediately disavowed by both campaigns almost as soon as it was made on March 24, the sheer thought of such actions is something that hasn’t been seen in a Presidential campaign previously. It was almost like the trailer for the new Avengers film Captain America:  Civil War where you see Cap teaming up with the Winter Soldier to take potshots in a three-way fight with Iron Man. Sure, Cap and the Soldier are strong, but they can’t singularly take down Iron Man, thus they have to swap blows in the attempt to defeat him. The allegory is the same…Cruz taking his shots at Drumpf on one hand, while Kasich battles him on the other.

If this wasn’t bizarre enough, what happened after the latest round of primary voting on Tuesday boggled the mind of many in the political spectrum. After Drumpf drubbed his opposition in all five states that voted on April 26 – Connecticut, Delaware, Maryland, Rhode Island and the big prize, Pennsylvania – Cruz (who finished THIRD in all voting behind even Kasich) decided that he was actually winning this race. With this firmly embedded in his narcissism-addled mind, Cruz decided that it was time that the nation met his running mate and, as such, introduced his Vice Presidential nominee. 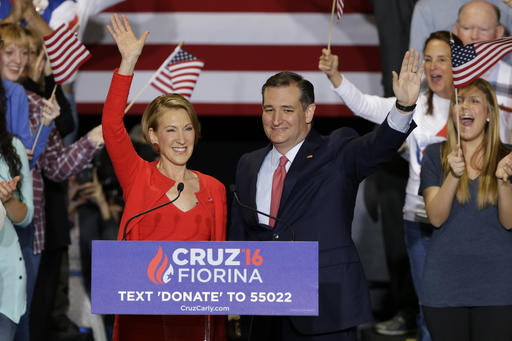 To say that Cruz’s choice, former opponent/now confidant Carly Fiorina, came out of left field was a bit of a surprise. Not only does Cruz, as a first time Senator (like the current President Barack Obama before he was elected) “lack experience to be President” (hey, this is what the GOP has been saying about Obama since 2008), he then makes a choice for the “heartbeat away from the Presidency” a woman who manufactures abortion videos in her mind? If that wasn’t enough, Fiorina’s singing to Cruz’s daughters after she took the stage was either grand theater or another sign that the GOP has firmly went into the loony bin. The only thing that would top this is, after being thumped by Drumpf in Indiana next week, Cruz decides to go ahead and name his Cabinet.

As it is, the GOP has already given the clear indication of what the next six months to Election Day are going to look like. They’ve signed the death certificate of their party as it currently is comprised and are pleased with that, provided they come out on the other side with things organized the way they want. It is dependent on what happens with the delegate count for the GOP.

If Drumpf is able to reach the delegate level to win on the first ballot (1237 delegates), then they will allow the Orangutan Mutant to take the nomination. But there will be Cruz forming a third-party run – to give “true Republicans” a real choice in the election – which is why Fiorina was anointed as his running mate last week. They weren’t going to burn a qualified candidate on such a position and, perhaps in the back of their minds, the GOP sees Cruz doing a meteoric flameout and not being reelected by his Texas constituency (hey, Texans may be conservative for the most part, but there are limits) to the Senate come 2018. So the party will subordinate Drumpf’s win by quietly backing Cruz in his efforts to undercut him.

Now the GOP isn’t stupid. They realize that by splitting the vote, they will virtually ensure that a Democrat will win the White House in 2016, be it Hillary Clinton or Bernie Sanders (and all the tea leaves are pointing at Clinton). But by doing this split-vote, they will save the overall GOP from the embarrassment of having Drumpf elected President and firmly destroying the party and instead divide the group as it is now into two factions – the racist, xenophobic knuckle draggers that think the dog Drumpf has any fucking clue as to what to do when he catches the car and “true Republicans” who might bring the party back to their roots – as a strong military/strong business/”state’s rights” party that doesn’t dwell in social actions.

And if Drumpf doesn’t win on that first ballot? Then the GOP can ramrod the Cruz/Fiorina ticket through on a second, third, or fourth vote (Kasich and even Florida Senator Marco Rubio’s delegates come in here). Yes, they will still lose because a now infuriated Drumpf will either run as an Independent and take votes away or his supporters will not come out at all, sealing the loss for the GOP in the White House. But this option is once again better than allowing Drumpf to fully destroy the party. 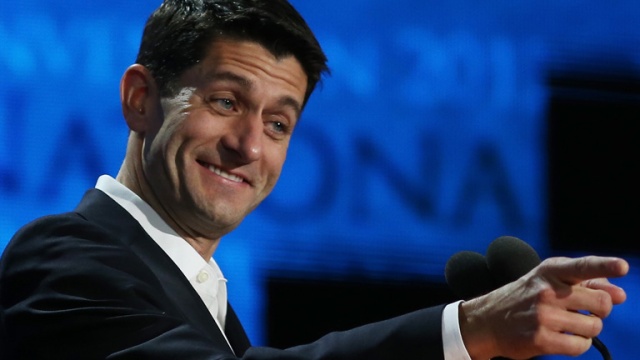 The GOP has firmly given up on electing anyone President in 2016. Their major concern is maintaining the U. S. Senate – any change putting the Democrats back in charge there would be considered a disaster – and at least keeping a reasonable edge in the House of Representatives, where gerrymandering should provide that advantage. If the GOP can hold the Senate, then “golden boy” Speaker of the House Paul Ryan can still be considered for the Presidency come 2020; if they lose the Senate, then Ryan would have to work with the Democrats to be able to demonstrate that the GOP isn’t an obstructionist party (which would damage Ryan in some people’s eyes – those people that the GOP is looking to evict through stopping Drumpf).

Through their actions, at least over the last eight years if not the last 20 or so, the GOP has inflicted the “death by 1000 cuts” sentence on themselves. As those actions have now come to fruition in the emergence of their Frankenstein monster, Drumpf, as their presumptive leader, the GOP realizes they need to die to be able to live once again. By signing their death certificate – and ensuring that they will lose the 2016 Presidential election – they might preserve some edges in Congress and excommunicate some from their “party” as they head to an uncertain future.