I settled in last night for the only Vice Presidential debate on the schedule for the 2016 campaign honestly with no expectations for either candidate. Democratic nominee Tim Kaine and Republican pick Mike Pence are the type of guys that don’t rock the boat, they speak in measured tones, they offer ideas and occasionally jab at their opponent with some repartee or pointed remark…you know, the way that politicians did debates before the Orange Scourge came to the fore. What I didn’t realize by watching last night is that the campaign for President in 2020 has already begun. 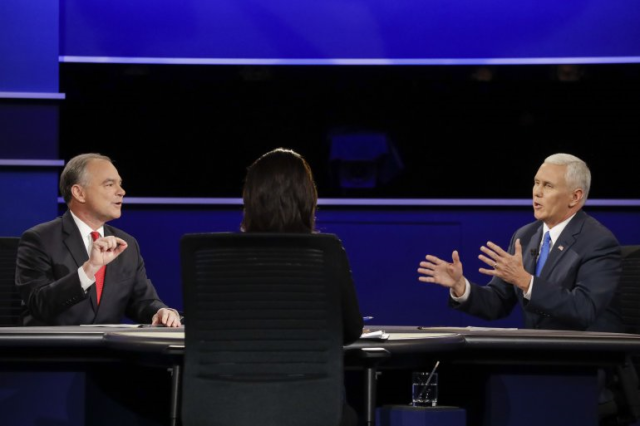 The first half-hour or so of the discussion between Kaine and Pence was anything but. Rather than let each other have their two minutes to answer the question at hand, both – but Kaine was by far more annoying as he seemed to do it EVERY time – would interrupt their opponent (and a serious knock on moderator Elaine Quijano, who never had control of either candidate – perhaps it’s time we give the moderators some rules enforcement capabilities…a shock collar around a candidate’s junk is a pretty good step). It seemed that they wanted to take the tactics that Trump displayed during the first Presidential debate and espouse on them for the VP soiree. I’m sure that these candidates wanted to look like they were defending their partners while trying to score some points, but both came off poorly with the amount of interruption.

As the debate rolled along, both sides seemed to score points for their pet causes. Pence was quite good at demonstrating the Republican stance – that “America has to be seen as strong” and he presented very surface-level thoughts on that subject (my pet peeve, “strengthening a depleted military,” was a part of the discussion). Pence presented his not-very specific ideas in a thoughtful, temperate and professional manner.

Kaine, for his part, went a little further into details of what a Clinton/Kaine administration would do. The problem is, when the surrogate does these things, it does kind of lock the Presidential candidate into a box. There’s a thin line between Pence’s approach and Kaine more-detailed explanations and Kaine stepped over that line. For all the information he was putting out, however, Kaine ruined it all with constant interruptions of Pence while he was speaking. I know Kaine wanted to defend his running mate against the attacks of Pence, but he went WAY too far in doing so. I don’t know if the pre-debate planning for Kaine included a watching of Trump during the Presidential debate – and the aside of “Don’t do this” (didn’t he learn anything from watching his partner debate the Volcano of Hate?) – but, as a longtime politician and someone who has been through a debate before, he should have shown much more tact and couth. As it was, he came off as a rabid Chihuahua by the time the final bell rang.

Finally, Pence did have the “package” when you look at someone. Yes, it is highly superficial and ignorant, but that is the way politics IS in the 21st century. Pence LOOKED the part of a Vice President, of someone that could step in should something happen to the leader of the country and reassure a shaken nation that everything would be alright. Kaine looked like the frazzled operator of a mom-and-pop grocery store that was constantly running out of items to sell. Pence was calm; Kaine was peppy to the point of annoying. Pence was measured in his statements; Kaine seemed to spit his sentences like he was in a rap battle. Pence was tranquil in his appearance (for the most part); Kaine always looked like he was ready to leap out of his chair to say something. As far as the debate, Pence wins by a split decision.

But there was something else that I noticed during the debate on Tuesday night. Pence continually (and wrongly) denied that the Republican campaign was an “insult based” one – has he LOOKED at who he’s running with? In fact, as Pence was continually denying that the Trump/Pence ticked were running an “insult based” campaign, his partner was on Twitter INSULTING every moment of the debate. That wasn’t the most telling thing of Pence’s performance, however. 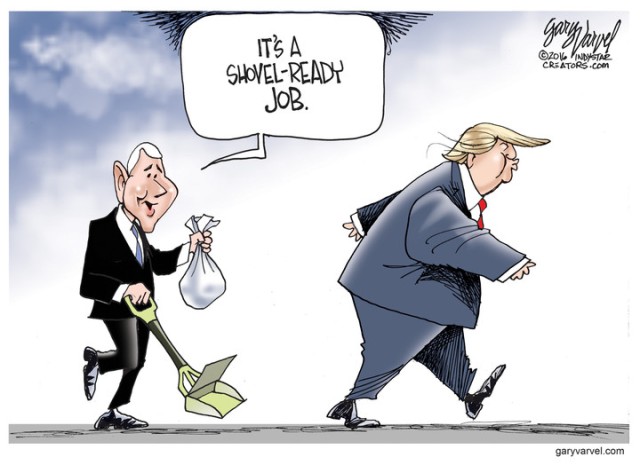 While the 90-minutes plus debate wore on, Pence outright refused to take accountability for any of the litany of statements made by his “boss” during the course of the campaign (and there have been plenty of examples). When Kaine would hit Pence with Trump’s statements on Mexicans and Muslims or his multiple statements regarding treatment of women (among others), Pence skillfully slipped taking any responsibility for them, basically leaving Trump out to dry on his own petard. After realizing that Pence was in no way going to have the back of his party’s nominee, it became obvious why.

Pence isn’t playing for being the #2 on the winning ticket in 2016. Pence has already set his sights on the 2020 campaign and is using the time on the ticket with Trump to solidify his hold on the nomination four years from now. By taking this action, Pence gets a jump on any other candidate – Speaker of the House Paul Ryan, perhaps a center-right candidate such as Senator Ben Sasse of Nebraska or another moderate Republican who might actually bring the party into the 20th century (too much to ask for them to progress to the 21st…baby steps, folks) – by LOOKING Presidential and putting his version of “conservatism” in front of the people of the GOP.

The problem for Pence is he doesn’t know what type of Republican party is going to emerge from the wreckage of this year. Pence parties like it is 1899 and those types of policies just aren’t going to cut it in the 21st century. Ryan and Sasse, as well as other younger Republican conservatives, know the value of compromise, know that they have to work with the opposition to get things done and know that there are some former benchmarks of their party that need to change lest they shrivel and die. They also haven’t been corrupted by the alt-right conspiracies or other people’s hardline conservatism. If the StormTrumpers flame out as expected in November, then their ilk will be banished to the wastelands. The question is whether Pence has done enough to be able to remain on the Ark or will he be a part of the wanderers.

As to the debate, the bottom line is even after hearing Kaine and Pence speak, no one is basing their decision on their place on the ticket. When Sunday rolls around for the second Presidential debate, will Cheeto Jesus have learned his lesson and at least cracked the workbook to try to have some substance? Will Cheeto Jesus actually try to LOOK Presidential or will he try to bluster and bully Clinton during the Town Hall meeting (many believe that was one of the things that hurt Al Gore in 2000 against the second George Bush after he leapt from the stool and stormed into Bush’s personal space during a similar Town Hall debate), something that NEVER works when you’re among the people? And can he tolerate having been beaten not only by a woman but also by his subordinate in the two previous debates? (My bet:  No, bullies only know how to bully, and no.) 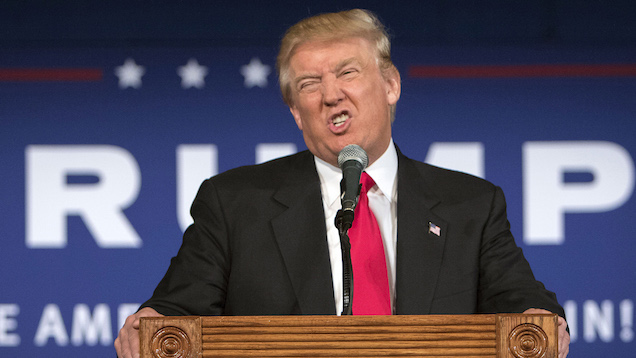 The thing that is known is that Mike Pence is going nowhere with this ticket, but he’s OK with that. It makes him a lock to come back for a run in 2020 and he announced that last night.