I was involved in a debate today after watching this young lady’s thoughts on the upcoming Presidential elections. On pretty much every count (and sadly), you can see that she has heard her parents say these things and, rather than try to think for herself, she looks for the approval of her parents. In breaking down her comments, you can easily see this for yourself and see one of the problematic issues facing the country.

After you’ve watched the video, let’s take the young lady’s comments one by one:

There is literally no possible way for the Democratic candidate for President, former Secretary of State Hillary Clinton, to change the U. S. Constitution and remove the Second Amendment. To do such would require the vote of Congress to push through a Constitutional Amendment (think back to the one that rescinded the ban on alcohol), then it would require that 3/5th of the states – 37 – would have to vote it through also.

Clinton is looking for common sense gun control. She’s not looking for a ban on guns, which has been the mantra of the National Rifle Association for every Democratic nominee since the 1980s.

While I would love to wax poetic on Pink Floyd’s opus, that’s not what the Republican nominee for President, Donald Trump, is talking about and that’s not what the young girl is opining on. We are discussing a multi-BILLION-dollar plan that would violate the Constitutional rights of people to use their land as they see fit (You’re going to force someone to build a wall that blocks them from their own property? There are plenty of Texas landowners whose property stretches into Mexico…what do you do about that?). The mere thought of seizing someone’s land from them for governmental use smacks of Communism.

It isn’t illegal aliens crossing the border that is the issue. More illegals stay in the United States after an expired visa than illegally come over the border into the U. S. These visas are for school, work or familial purposes and, after the visa expires, the holder is supposed to leave. Many choose not to leave.

When it comes to drugs, the “war on drugs” has been a colossal failure. Building any type of wall isn’t going to stop the flow of illegal drugs into the country, it will simply force it through other avenues. Furthermore, how deep is that wall going? As we’ve seen on the border in California, tunnels can go quite deep in a way to circumvent it.

If the young lady in the video is 11-years old, that means she wasn’t even born when Clinton was elected from New York in 2000. She would have been BARELY three years old when Clinton, after her failed Presidential run in 2008, accepted the position of Secretary of State under President Barack Obama and resigned her Senate seat. Therefore, she has no basis to make a claim regarding Clinton’s success or failures in the Senate. This is plainly something that she has heard from her parents, making her commentary massively biased.

Back to #1, folks. Even if she wanted to, it would be an impossibility.

A person in the United States is more likely to be killed by a piece of furniture than by a terrorist attack on our soil. The odds of dying from terrorism on U. S. soil from 2007-2011 was 1 in 20 MILLION. The basic fact is that, more than likely, no one in this country is going to die from ISIS – or anyone else’s – terrorism today.

Looking at voting, it would be another impossibility. Since many GOP-led legislatures have forced through some sort of voter identification law, the likelihood of an illegal having the required documentation is unlikely, let alone their efforts of going to a governmental operation (a polling place) and exposing themselves to authorities. 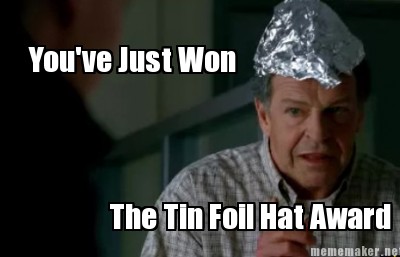 For those that believe all the fallacies that the young lady presented in her speech (and was apparently taught by her parents), you should be ashamed. You aren’t allowed to create your own reality and many of the subjects broached here are of that “alternate reality” that makes up the bookshelves of fiction sections. You also shouldn’t be allowed to warp a young mind before it’s had a chance to be able to form its own opinions, especially on something like political beliefs. I know that there are things that arise in parenting where you would like to have your children follow in your footsteps, but it is true parenting (and much more satisfying, even if they don’t agree with you) when you allow them to learn for themselves.