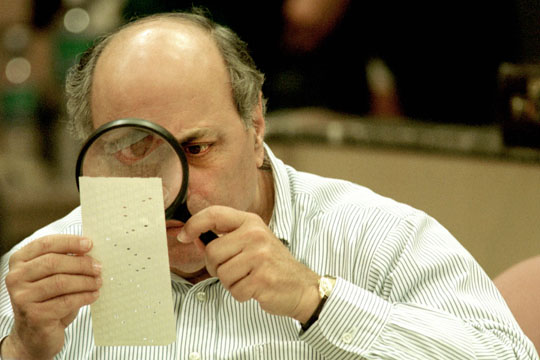 As if the 2016 General Election couldn’t get any more bizarre, the past couple of weeks have provided more fodder. We are truly beginning to reach the point that, if someone were to write a movie with the plotline of what we’ve seen over the past 18 months, the producers and executives in Hollywood would dismiss the screenplay because it was so implausible. Yet it seems that the cast of characters in this Marx Brothers farce can’t seem to step away from the stage.

Speaking of the stage, that is where the never-ending story of the 2016 Election keeps itself alive. Apparently the GOP nominee for Vice President, when he isn’t advocating for the conversion of gays or forcing women to have funerals for their fetuses following an abortion, is a huge fan of Broadway musicals. In stepping out one night to see the Tony Award-winning  Hamilton:  An American Musical, the GOP VP nominee might have thought he was just enjoying some “theater of the elite.” Instead, the man received a message from the cast of the Grammy Award and Pulitzer Prize winning play.

After the evening’s performance was complete and during the curtain call, Hamilton lead actor Brandon Dixon stepped to the fore of the cast and spoke directly with the GOP VP nominee. “We, sir, we are the diverse America, who are alarmed and anxious that your new administration will not protect us, our planet, our children, our parents or defend us and uphold our inalienable rights, sir,” Dixon stated. “But we truly hope that this show has inspired you to uphold our American values and to work on behalf of all of us.” 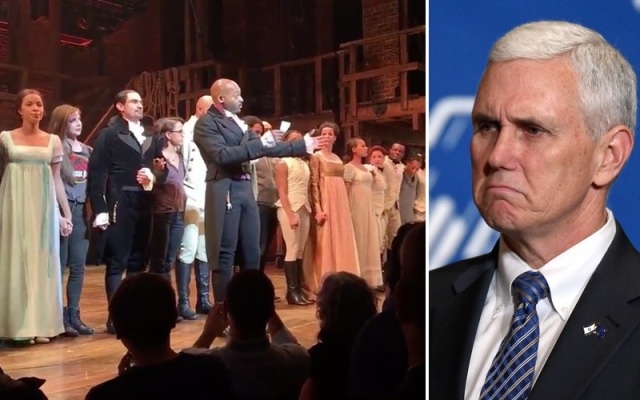 In a normal world, this would have not even drawn a flutter on the Twitterverse, but we do not live in normal times. Within hours, the thin-skinned GOP Presidential nominee was demanding a cast retraction of the statement and an apology for the booing from the audience in attendance that evening. First off, it was particularly ironic that the little snowflake of a GOP nominee was demanding a “safe space” free of criticism, it was secondly idiotic due to the very nature of the First Amendment rights of people to speak openly in condemnation (and the Hamilton statement was FAR from condemnation) of the government. After suffering the ridicule of pretty much the entire human race, the GOP nominee shut the hell up…but it wouldn’t be for long. (Amid cries for a boycott of Hamilton from the Ignorati, you know what happened? They broke records…)

Last week, the candidate for President from the Green Party, Dr. Jill Stein, decided that she had been ignored long enough (you get barely one million votes when over 130 million are cast…you’re being ignored). Looking at the results in the state of Wisconsin, Stein announced a bid to challenge the results and call for a recount, provided she could get the crowdfunding necessary to pay for the challenge. In what was a more rapid pace than it should have been, Stein had upwards of $5 million in her coffers and filed for that recount, which prior to the recount the GOP nominee won by approximately 22,000 votes. After Stein brought up the issue, the sycophants that surrounded the Democratic nominee for President, Hillary Clinton, “reluctantly” decided to support Stein’s efforts in the recount.

Now, at this point the GOP nominee could have just sat back, shut his mouth, and continued with the work of transitioning into government (or, in his case, actually learning about what the President actually fucking does). But no…that would have been…presidential of him. Instead, the thin-skinned GOP nominee chose to launch on Twitter a barrage of statements crowned by the lunacy that “he would have won the popular vote if illegals hadn’t been allowed to vote.”

The numbers are quite clear, even without the state of Michigan coming across on Monday with their results for the GOP nominee. In the Electoral College, he won the vote, 306-232 (not the landslide that his personal Ann Coulter, Kellyanne Conway, and other troglodytes on social media has promoted, but still a victory). He LOST the popular vote by at least 1.5 million votes, meaning that he has absolutely NO MANDATE for pushing his agenda (other than, you know, both houses of the U. S. Congress…this is why the GOP is shitting themselves because they know it is ALL ON THEM now). 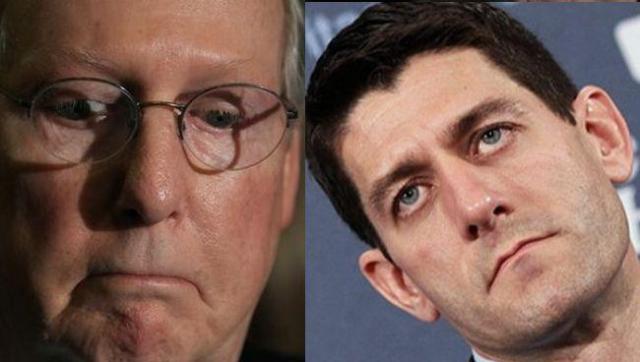 To continue to pick the scab from the 2016 General Election – which the move for the recount by Stein and supported by the Clinton campaign is continuing to do – does nothing to move things forward in the States of America. If the Electoral College were closer – say Wisconsin would change the result of the Presidential race – then the purpose of a recount might be a viable idea. Even with that thought, it would have to be much closer than 22,000 votes to make a recount meaningful. There has never been a recount that suddenly found a bloc of votes that should have been accepted, especially one as large as what would be necessary in this case, without some sort of fraudulent activity taking place on one side or the other.

As it is, the recount is a circle jerk of governmental proportions, one that shouldn’t have been mounted with just numerical reasoning and “computer calculations of voting trends.” Clinton said she would not question the election results (unlike her opponent) and she should have stuck to that mantra. What calling for a recount does is tarnish (if it were possible) the process that has had little to no issues for 240 years. And even if it does change the result, it isn’t enough to change the overall course – unless you want to start looking at other close states and further disembowel our democracy. Besides, even if Clinton could change the result, just how much would she get done with questions of the legitimacy of her election?

Therefore, those that believe the Electoral College riding in like Roy Rogers to save our system come December 19 is a fallacy. Although individual members of the Electoral College will gripe and moan about having to go through with putting their vote in for the GOP nominee (and even resign their positions), the people’s will have been declared. While they can completely break away from those results, in the entire HISTORY of our country, no Electoral College has reversed the results of a general election.

It is up to Congress – yes, that body whose party leader will be sitting in the White House come January 20 – to enforce the rules and the protocols that ALL OTHER PRESIDENTS have been held to. It is up to Congress to make sure the GOP nominee has divested any interests he has in his businesses, no matter how large or small. If his children take them over, then those children don’t get to sit in on meetings with world leaders (or even take those meetings themselves) on a governmental level (they don’t get to do that anyway, you moron). It is up to Congress to make sure that the GOP nominee conducts himself in a PRESIDENTIAL MANNER. And it is up to Congress that, if this prick thinks he’s going to do whatever he wants to do, then he should be investigated and, if necessary, removed from office. The Presidency is not bigger than one man and the reverse is true – one man is not bigger than the Presidency.

One thing that doesn’t need to be done, however, is continuing the Chinese Water Torture that the 2016 General Election has been. If the results are a foregone conclusion, then there is no purpose in recounting one particular state because it happened to be close (and despite what computer scientists are saying, changing over 22K votes is close to impossible). It’s time to move on, but never relent in opposition to the GOP nominee (and his continued ignorance, which he seems to revel in) nor surrender to the face of fascism that will be in the White House come January 20.