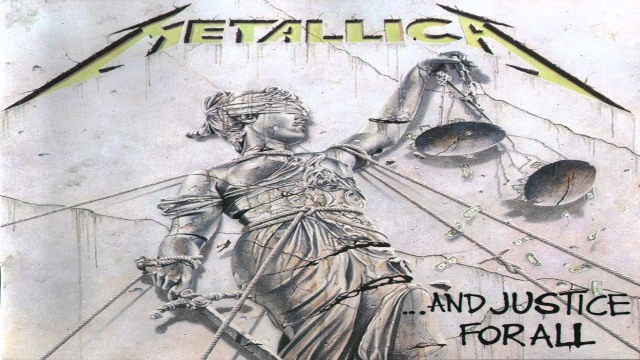 The 1980s were arguably the greatest time in the history of hard rock/heavy metal. A genre that spans back to the late 1960s, hard rock/heavy metal’s onslaught in the 80s was mainly highlighted by the sub-genre known as “hair metal,” or bands that brought the flashy look of glam rock (think David Bowie and T. Rex) to the “leather and chains” look of metal (Judas Priest). While bands such as Bon Jovi, Def Leppard and others seemingly claimed the crown of hard rock/heavy metal, there was another more diverse and deeper group of bands that were under-recognized for their work.

Behind the “hair metal” bands were a quartet of hardcore bands that delivered raw, aggressive and powerful hard rock/metal for their devoted fans. Anthrax, Slayer and Megadeth formed three quarters of that foursome, with Metallica rounding out the group. The San Francisco-based band was in a bit of flux come 1987, however, with several issues facing the band and their future.

In 1987, the band was coming off the untimely death of their bassist, Cliff Burton, who was killed in a bus crash while the band toured Europe in 1986. Burton’s replacement, Jason Newstead, was unproven – he had only played on The $5.98 EP:  Garage Days Re-Revisited recordings and wasn’t considered a “member” of the band – and singer/guitarist James Hetfield was recovering from an arm injury from a skateboarding accident. Toss into the mix that the group was looking for a new record company and it seemed that Metallica’s next move was going to be one of the most important of their careers.

At the start of 1988, Metallica headed to the studios to record the new album and were once again beset with problems. Early mixes of the records weren’t up to their satisfaction, resulting in two different producers being used for the album. Hetfield, the lyricist for much of Metallica’s work, was also writing the words while the album was being recorded. Finally, Newstead wasn’t happy with the lack of “presence” of his bass riffs on the record; depending on who is to be believed, that error fell on the shoulders of the sound mixer or drummer Lars Ulrich, who was also involved in the mixing process.

When the album was released in August 1988, …And Justice for All was recognized as a masterful change in the band, one for the good in many ways. First, the band eschewed the blitzkrieg pace of “speed metal” that had become the hallmark of their earlier work (such as Ride the Lightning and Master of Puppets). Instead, they opted to crafting longer and more complex works. Metallica also worked in many tempo and mood changes, making their compositions more nuanced.

Then there were the lyrics, the words that Hetfield put to these new compositions. The stories told on …And Justice for All weren’t “happy go lucky” ones, delving into such subjects as political malfeasance, legal injustice and other wrongs through such human activities as war and censorship. By far the simmering track “One” became THE song of the album and it has etched its place into rock, metal and Metallica history.

The song itself is a masterpiece, starting off with the sounds of war before quietly moving into the chords of lead guitarist’s Kirk Hammett’s notes of dread to introduce the song. The song slowly builds in intensity, with Hetfield’s snarl commanding attention from the start, while Ulrich and Newstead provide the solid foundation for the song. By the time the double-bass kickers of Ulrich drive the end of the song, Hetfield and Hammett are releasing the hounds of their guitars and Newstead drives the bass line home, the listener is left in awe of the entirety of the song.

The subject of “One” – the return of a soldier, crippled and disposed of by the military and, seemingly, the nation – was one that hammered into many minds (and served as a callback to Vietnam and a precursor to Iraq). At over seven minutes, it was one of Metallica’s longer songs and, at the same time, most poignant and powerful. It, along with the video, was what drove …And Justice for All and Metallica into the stratosphere.

The video for “One” was arguably just as big as the song. Splicing together snippets of the film Johnny Got His Gun (about a soldier who is basically a prisoner of his body after being injured in battle) along with a video-staple band “performance” shot, the video was one of the most popular videos in the history of MTV (you know, back when they actually DID play videos). But with all this critical success the band, the album and the song were dismissed by those who SHOULD have known what they were talking about.

In 1989, Metallica was nominated for a Grammy in the inaugural year of a new category, Best Hard Rock/Metal Performance Vocal or Instrumental. Along with Jane’s Addiction, AC/DC and Iggy Pop, the members of Metallica (who had performed “One” just prior to rockers Lita Ford and Alice Cooper awarding the first Grammy in the category) stood in disbelief as Jethro Tull was awarded the statue for their album Crest of a Knave. It is widely considered one of the biggest blunders in the history of the Grammy Awards (even bigger than the Milli Vanilli fiasco) and demonstrated just how “out of touch” Grammy voters were when it came to a genre that many had no clue about (in 1990, Metallica was nominated for “One” in the newly created category of Best Metal Performance).

Through it all, Metallica and …And Justice for All has weathered the standards of time. In time for the 30th anniversary of the album (and if that doesn’t make you feel old, nothing will), the band is remastering the album, with some mentioning that they will be fixing the Newstead bass lines so that they are more prominent (and including some gems to make the reissue worth getting). If you missed the record the first time around, you’d be well advised to grab the reissue and relive the era when hard rock/heavy metal was a vibrant part of the music industry.