The current crop of artists and bands vying for entry into the Rock & Roll Hall of Fame is a very impressive list. Cutting across all genres, including rap, pop, rock, metal and alternative music (it is arguable that folk isn’t included, but that’s a rarity instead of the norm), the potential inductees in 2020 will have many more shots at the brass ring. But who from the past may be running out of chances at getting into the Rock Hall?

There are 221 artists and/or groups in the Rock & Roll Hall of Fame, and many might say that the truly immortal from the 1950s and before have already been enshrined. It is tough to nitpick this fact, but in this first part of a series of essays on this subject, I was able to come up with five artists who have yet to be inducted for their influences on the world of rock music. In one case, the artist has earned a nod for their “early influence,” but they really should be inducted as well for the priceless value of their performances.

One of the groundbreaking blues singers, Willie Mae “Big Mama” Thornton, called that because…well, there’s no way to be kind about this…she tipped the scales at around 450 pounds, was a vocalist who owned the R&B charts in the early 1950s. For those that only remember Elvis Presley’s 1955 version of “Hound Dog,” it was Thornton who originally brought the song to the masses in 1952 with her powerful version of the song written by Leiber and Stoller. She was one of the groundbreakers for women in the industry as well, like another person that will appear on this list.

The possible downsides for Thornton getting in is that she didn’t have the longevity that many would like in their performers. By the early 1960s, Thornton’s star had faded and many had forgotten about the blues pioneer. Also, beyond “Hound Dog,” Thornton did not have a lengthy list of hits, although another song she wrote and performed, “Ball ‘n’ Chain,” was never released by her record company; it would eventually become a monster hit in the hands of Janis Joplin, who viewed Thornton as an influence.

While the Beach Boys get the credit for the creation of “surf music,” that credit should really go to the master of the surf guitar, Dick Dale. Dale was at the forefront of innovation with the electric guitar in the 1950s, creating the “surf music” sound by combining Middle Eastern influences, reverb and pure speed in bringing out his unique sound. Dale’s career wasn’t a lengthy one but, to the Beach Boys, Jan & Dean and a host of other musicians and bands, Dale was a god.

Dale also is one of those artists that the Rock Hall misses out on honoring before they are no longer with us. Dale played right up to the last days of his life, passing away earlier this year from heart failure. It is very much like the nominations of Thin Lizzy and Motörhead this year, nominations that should have come long ago before the members of the group had passed away and not received the recognition they deserve. 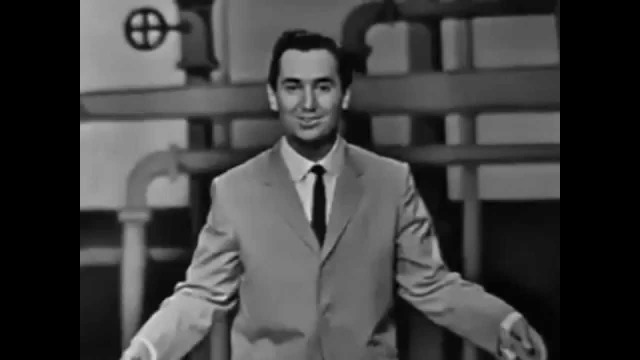 This was one that I initially didn’t agree with before I started my research. I always thought that Sedaka was just another nauseating “candy coated” pop music thief of black artists’ music. It was only after I really started looking at his career that I gradually began to shift my opinion.

Sedaka started out in 1957 and, since that point, has written over 500 songs that either he or other popular artists have recorded and charted. His own performance library includes the classics “Oh! Carol,” “Calendar Girl,” “Next Door to an Angel” and “Breaking Up is Hard to Do.” After a lull when the British Invasion hit the U. S., Sedaka would come back in the 1970s with songs like “Bad Blood” and “Laughter in the Rain.”

Sedaka would also pen songs for such artists as The Captain and Tennille, ABBA, Connie Francis and Jimmy Clanton. Although I still am not a huge fan of him as an artist, I’ve got to give him credit for his longevity, success and critical acclaim that he’s garnered for more than 60 years.

Anyone who watched Ken Burns’ documentary Country Music cannot disavow what Patsy Cline did for the music industry, country or otherwise. She was performing while still in her teens and her first big song, “Walkin’ After Midnight,” came when she was a mere 21 years old. That song, which topped not only the country charts but also the pop charts, catapulted her into the realm of the immortals.

Her contemporaries Brenda Lee and Wanda Jackson are already in the Rock Hall (Lee as a performer in 2002, Jackson as an “early influence” in 2009), so it is highly illogical to keep Cline out because she’s “not rock enough.” If it weren’t for Cline, it’s arguable that there’s no Dolly, no Loretta, no Reba, no Shania and no Miranda. And, taking the other path of the evolution tree, possibly no Janis, no Suzi, no Joan, no Anne and Nancy…you get my point. Patsy Cline deserves a slot in the Rock Hall.

Bob Wills and His Texas Playboys

This is another artist that got a great deal of attention from the Burns documentary and it was well deserved. Their musical legacy is undoubtable, but what set Wills and his backing group apart was their non-stop touring, one of the things that is ENTIRELY rock and roll! The group would sometimes play three or four towns IN A SINGLE DAY and six of seven days per week (Wills did, as a good church man would, saved Sunday for worship).

Wills and His Texas Playboys technically are already in the Rock Hall as an “early influence” (1999), but they really deserve to be inducted as a performer outright. Without them, do we even hear of Hank Williams and his progeny, Johnny Cash, the “Texas Outlaws” (Willie Nelson, Waylon Jennings and Company) or a host of others who came out during the 1960s and 70s? Maybe we do, but Bob Wills and His Texas Playboys paved the way.

Speaking of the 1960s, there are some from that era who haven’t been inducted into the Rock & Roll Hall of Fame as of yet! In the next part of this series of essays, we’ll examine those that have been the biggest oversights and, as of yet, have not been inducted into the Rock Hall. Will these oversights be corrected? The longer that we as fans – and the voters for the Hall – are removed from their heydays, the less likely it is that they will earn induction.