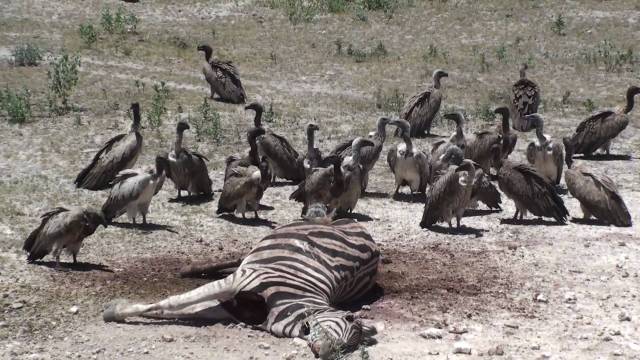 The situation regarding sexual assault and misconduct has once again demonstrated that there are tremendous differences between the two political parties that supposedly lead this country. When faced with allegations of dalliances and even criminal conduct, the Republican Party stall, deny and castigate those who have made the allegations against their “sainted” representatives. The Democratic Party, however, devolves into a pack of hyenas that eat their own rather than accept the standards as they SHOULD be set.

Don’t believe me? Let’s take a look, shall we?

We won’t go all the way back to the Bill Clinton debacle from the mid-1990s – his relationship with Monica Lewinsky was consensual and other allegations were either adjudicated to a settlement or thrown out of court altogether. But we will go back to this summer, when noted Hollywood producer and magnate Harvey Weinstein’s heinous accusations first started to emerge. Actresses – ranging from bit players to accomplished women such as Oscar winner Lupita Nyoug’o, Game of Thrones actress Lena Headey and Lauren Holly (of Picket Fences fame) – and other movie personnel began to recount their experiences with Weinstein, which ranged from attempted forced kissing to out-and-out rape. In another era, this probably would have been swept under the rug (as the old Hollywood machine used to do). Today, however, it is a different story.

Whether it was simply because of the voluminous amounts of credible information regarding Weinstein (or perhaps it was the acts of another legend in Hollywood, comedian Bill Cosby, and his decades of sexual assault), this time these women’s intimate details regarding a very painful situation sparked something. Instead of using his power and stature to deflect these allegations, Weinstein was immediately cast from the production company that he founded, ejected from the Director’s Guild of America, and was stripped of all voting rights with the Motion Picture Academy of Arts and Sciences (the people behind the Academy Awards), among other things. About the only thing he had left at the end was money (nobody’s gone after that…yet) because his reputation and his place in the hierarchy of Tinseltown were thoroughly destroyed. 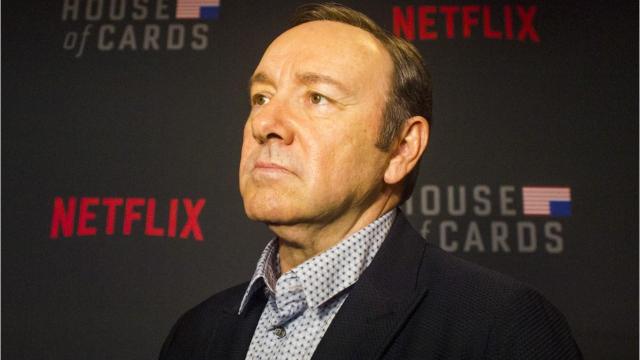 Since that time, the sexual assault and misconduct rage has swept through society. Actor Kevin Spacey, who used the allegations against him as a rather crude way to admit to the world that he was gay, lost his role on the HBO series House of Cards and was completely REMOVED from a film that was already in the can. Ben Affleck, magician David Blaine, comedian Louis C. K., Richard Dreyfus and Dustin Hoffman have faced allegations across the board. The news media saw Today host Matt Lauer and MSNBC host Mark Halpern lost their jobs (and, in Lauer’s case, a divorce is expected) and let’s not forget about former Fox News honcho Roger Ailes or Bill O’Reilly.

To think that politics would be excluded was foolhardy. In 2016, Orange Foolius was accused by 16 women of different sexually explicit (and unwanted) encounters after the cretin vividly described what he did to women in the Access Hollywood tape. Instead of vilifying this asshole, the GOP – after weakly attempting to step away from him – warmly embraced the scumbag and pushed him to the Presidency rather than toss him out on his ass. It has all set up for what occurred on Thursday and, perhaps, what will occur next week.

In Alabama next week, the election to see who will take over the seat vacated by the Keebler Elf…errr, I mean, Attorney General Jefferson Beauregard Sessions III…will take place. In a state where the electorate is 65/35 Republican to Democrat, this should have been a slam dunk for the GOP. Then they went and nominated a child molester in Roy Moore…

There’s a reason that there isn’t an “alleged” in front of “child molester.” Moore has all but said he trolled for teenage girls as a District Attorney in his early 30s. He has admitted that he “courted” his wife when she was but a teenager. He was banned from an Alabama mall because of his creepy pursuit of teenage girls. And he has all but said, “Fuck you, try and stop me,” to the world when the information from EIGHT WOMEN about his sexual assault and misconduct emerged. After initially trying to step away, Republican scum has now embraced him…why? Because they need his vote in a Senate that they desperately need to keep control of.

(And this isn’t even getting into his prior conduct of disavowing FEDERAL LAW, his two removals from the Alabama Supreme Court, or his commentary on blacks and gays. Let’s just say it…hey Republicans, real winner you picked there.)

The Democrats in power in Washington have also had their travails in deciding what to do with their representatives and their peccadillos. Earlier this week, when accused of sexual assault by staff members and others, Michigan’s John Conyers, the longest serving member of the House of Representatives, chose to not run for his seat in 2018 and immediately resigned. Of more significance, however, was the decision by Minnesota Senator Al Franken on Thursday.

Two weeks previous, former Hooters waitress/television “hostess” Leeann Tweeden announced she had been “sexually assaulted” by Franken, apparently while rehearsing a skit the two were to perform at a USO show overseas. As Tweeden alleges, Franken – like a nebbish joke writer – tried to see how far he could get around the bases with her. He allegedly “forced his tongue in her mouth” and groped her beyond the boundaries of the skit. (We’re not going to touch the photo of Franken allegedly groping Tweeden over her flak jacket because it isn’t clear if he is even touching her nor her pictures of smacking a guitarist on the ass during the same USO tour.)

Franken, while partially admitting to the situation but also saying that “he remembered it differently,” volunteered to be a part of a Senate investigation into his conduct. Then another accusation emerged from a woman who said he touched her ass during a photo opportunity at the Minnesota State Fair; another woman said he “touched her back” inappropriately…the numbers began to grow, to the point they were rivaling Moore.

For some reason, the Democratic Party felt it was important to force out one of their strongest and most well-respected members on simply the grounds of an accusation. Rather than wait until a Senate committee had reached any decision on Franken’s conduct, a group of Democratic Senators – led significantly by Kristen Gillibrand of New York and Kamala Harris of California, among others – decided that he had to depart. Franken, after two weeks of browbeating on the subject, decided it was “appropriate” to do so.

So, Democrats, what has this “moral high ground” brought about? All the “moral high ground” gives you is a bit better sleep at night. The other side can still fuck over the country with their “low road” approach, seat a pedophile and allow a person who did the SAME GODDAMN THING that Franken was accused of stay in the WH. If you actually think that Moore won’t be seated and Orange Foolius will suddenly have an epiphany and resign because he mistreated women, then you’re living in Fantasyland.

And why will this happen? The GOP isn’t going to care one iota about what “the people” think regarding the issue. Should Moore win next week (and I think he will, despite what many are saying), he’ll be welcomed in by the scumbags of the GOP (because they need his vote) and by Orange Foolius at the top, who continues to sneer at his accusers. All the Democrats have done is shoot themselves in the foot by disposing of a flawed yet powerful voice in the Senate and all their indignation will be met with absolutely nothing from their opposition.

Let’s be honest here. It is high time that women have been heard from, especially on this issue. For far too long men in power have used that position to demean at the minimum and physically assault and mentally torture at the maximum females that are subordinate to them. But the rules must be the same and the punishments also must be equal. If you’re going to excoriate people like Conyers and Franken, then the GOP doesn’t get to play by different rules and have their pedophiles and serial abusers stay in their seats.

You can be guaranteed that this will come back to bite the Democratic Party. In ejecting both Conyers and Franken, they are trying to assume the “moral high ground” on the issue of sexual assault. But when the opposition has neither morals nor the care about being viewed in such a manner – which the Republican Party sacrificed when they put up a thrice-married, narcissistic, racist, xenophobic serial philanderer who lacks the basic couth to act like a human let alone as a world leader as the party’s standard bearer – you’re only hurting yourself and weakening your cause instead of improving it.