In the world of music, there is nothing that is more interesting than the creative process. Hell, with ANY artistic endeavor, the most interesting thing is the process of bringing disparate parts together into a cohesive and entertaining form. The late Prince Rogers Nelson were arguably one of those people that had a tremendous artistic process, something that he often kept in secret for simply privacy’s sake. With his new CD, Piano and a Microphone 1983, we see the artist just before his big explosion on the musical scene, working out the kinks on some compositions that would go on to be huge for his career and some that have never seen the light of day. On the other side of the dial, Guns N’ Roses guitarist Slash is continuing on without Axl Rose (again) and his new collaboration, his third time teaming with Alter Bridge singer Myles Kennedy and the Conspirators, just flat out rocks.

In 2016, the music world lost one of its greatest voices and one of its greatest creative musicians when Prince passed away from an opiate overdose. But back in 1983, Prince wasn’t the icon he had become by 2016; Prince was still a man looking to make his mark in the music world. Coming off a highly successful double album in 1999, the man known as the Purple One was considering his next step. One night, with only a microphone and a piano as accompaniment, Prince put some of those ideas onto a simple cassette tape.

The result of the recording session was the latest release from “The Vault,” the treasure trove of Prince material that was locked up for decades in his Paisley Park home. Entitled Piano and a Microphone 1983, the nine-song CD clocks in at less than 40 minutes (37, if you’d like the exact number). But what Piano and a Microphone 1983 shows is the artist in the midst of the creative process as well as some of the genius behind that process.

Leading off the album is “17 Days,” one of your typical Prince-type songs that one would expect but, stripped down to just the piano, is riveting. The fact that it is a “Prince-type song” isn’t surprising as Lisa Coleman and Wendy Melvoin, who were part of The Revolution, helped in the writing of the song (along with Revolution keyboardist Matthew “Doctor” Fink). From there, Prince goes into a little noodling of what would become “Purple Rain,” but the version found on this album is melancholier then you might expect. Other songs that Prince would become known for – “International Lover” from 1999 and “Strange Relationship,” which would show up on 1987’s Sign O’ the Times, also make their experimental debuts here. 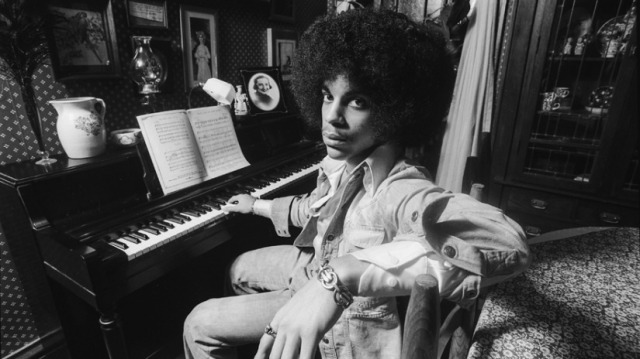 It is when Prince delves into new material that the CD takes on a life of its own. Prince performs a cover of the African-American spiritual “Mary Don’t You Weep,” with a blues styling for the song bringing out so much emotion you can actually feel what Prince is trying to say. The song was used in director Spike Lee’s latest film BlacKKKlansman because Lee felt it was perfect for the film. After unveiling the emotions for “Mary Don’t You Weep,” Prince then goes back into his “funky era” with a song called “Cold Coffee & Cocaine,” complete with James Brown-esque yelps and howls. He wraps up the compilation with a beautiful song called “Why the Butterflies,” an amazing coda to a short practice session.

Even though it is fascinating to listen to the creative process that Prince is going through with the creation of this music, I’m still a little bit disappointed. It is obvious that Prince never meant for these tapes to be released; at certain points in the recording, he clears his throat, speaks directly to the technician in the studio recording this session (surprisingly, Prince tells him to turn the tape over, as if he knew how long he had been playing) or clears his throat with a cough. For Prince’s family to release these songs from “The Vault” as the first posthumous music from Prince, I feel it takes a little bit away from not only the man himself and his tremendous process in creating such wonderful music but also cheapens what should have been a grandiose occasion.

Even with this criticism, Piano and a Microphone 1983 is a priceless piece of music from what was one of America’s greatest artist. Prince may not be with us anymore, but “The Vault” should provide us with decades of music to come. Just imagine what jewels await us from Prince? Piano and a Microphone 1983 is simply the first chip off the diamond that Prince and his music was.

Somebody who may be as prolific as Prince in the musical output department is Guns N’ Roses guitarist Slash. While Axl Rose was sitting around for the decade or so after Guns N’ Roses’ last release in 1993, Slash would go on to do his own music with a dizzying array of talent backing him up. Counting the five albums he did with the Gunners, Slash has also put up two albums with Velvet Revolver, two with Slash’s Snakepit, and one straight solo album, not to mention guesting on several songs by such artists as the late Michael Jackson, Lenny Kravitz, Bad Company’s Paul Rogers and Jimi Hendrix’s Band of Gypsies, Alice Cooper and Rhianna. Slash’s latest album is Living the Dream (technically his 13th studio release) and it features some of that talent in vocalist Myles Kennedy from Alter Bridge and an array of talented musicians called The Conspirators, who are joining Slash for their third album together.

Although his time in Guns N’ Roses has made him a hard rock and metal icon, Slash goes into his own style when he picks up with Kennedy and The Conspirators, a simply hard driving, blues-based rock and roll approach that you really don’t hear much of anymore. From the start with the song “The Call of the Wild,” Slash and Kennedy groove together instantly, with Kennedy’s soaring vocals only outdone by Slash’s crunching guitars. This continues on through such songs as “My Antidote”  and “Mind Your Manners,” but there are two songs in particular that deserve mention from this record. 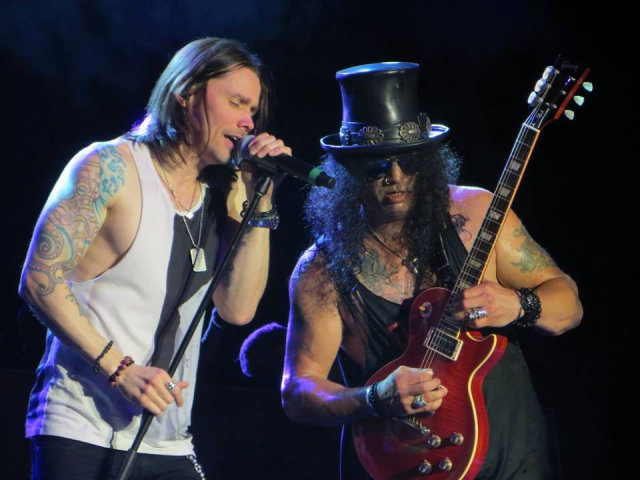 First song of note from Living the Dream is “Lost Inside the Girl,” a very good up-tempo rocker that is a love song about a lady that has entranced Kennedy. The song that is really the piece de resistance on the album is its first release, “Driving Rain.” It is a typical trope for rock musicians – a song about being out on the road and having to come through a whole lot of pain and torture to get to the one that you love  – but it displays both Kennedy and Slash at the top of their game. Both of these tunes are well worth the price of admission for Living the Dream.

Whether you’re looking for the remembrance of a great artist that has passed far too soon or you’re looking for something from a rocker who is still cranking it out at 53 years old, you can’t go wrong with these two releases.  Piano and a Microphone 1983 from Prince and Living the Dream from Slash featuring Myles Kennedy and The Conspirators, while offering greatly diverse material, will give you plenty of enjoyment if you’re willing to take the ride.