As it is Independence Day or the Fourth of July (however you might look at it or, as my British friends see it, Happy Treason Day), it is time to reflect on the 240th year of the United States of America’s existence. Through a multitude of wars – including one Civil War that threatened to rend the country irretrievably in two – disagreements about leadership, self-inflicted wounds that were corrected and some very dark patches of our history that somehow may still exist today, the U. S. has always been a country that strived to be, at minimum, a country for the people and, at maximum, a successful experiment in the respect of individual freedoms versus governmental controls. In November, the citizens of this country will decide the future of the U. S. and, through examination, there is only one choice to make…one that will be able to get things done.

To say that the 2016 Presidential campaign has been tumultuous to this point would be a grand understatement. Perhaps because of the interconnectivity of people around the world, there has been a great deal of interest generated by the candidates – and most of it not for good. For those of us who will actually choose the 45th President of the United States, we’ve been handed a cartload of rotting produce and we have to paw through it to see which item is the least spoiled and potentially acceptable. There was an old saying in my Marine platoon: “You don’t get to choose the army you go to war with, you go to war with the army you have.” Never has there been a truer statement for U. S. citizens.

Let’s take a look at arguably the top four candidates for the office of President of the United States (and, for the first time, I will do so without using slang names for one of the candidates):

Arguably one of the best prepared candidates that we’ve seen for the office. Can you name someone who sat at the right hand of arguably one of the greater President’s in the country’s history (husband Bill Clinton), was elected in a landslide to two terms in the U. S. Senate (from New York), was tapped as Secretary of State by the man who defeated her in the primary in 2008 (Barack Obama), whose own legacy has yet to be determined, and has championed the rights of women, children, the LGBT community and workers across the country? There is no one that is left in the campaign that can boast a resume such as this.

With this said, there are downsides to the former Secretary. For the past 30 years or so, there have been consistent investigations into activities that she, her husband or both of them have participated in, some with merit and other without. There have been instances where there was the appearance of impropriety (albeit none of it proved) and there have been missteps – to be honest, Clinton has more baggage than the Titanic. It was the esteemed philosopher Reagan, however, who is attributed with saying (this means he also may not have), “The person who agrees with you 80 percent of the time is a friend and an ally – not a 20 percent traitor.”

In what was viewed as potentially the longest of shots before the GOP primary, Trump was able to outlast a 17-person field (arguably filled with too many fringe candidates for any of those running to garner what could be called a moratorium of thought in the party) to be the presumptive Republican nominee. More because of his name recognition rather than anything that he actually did as a businessman, Trump has coddled together enough support that he (more than likely) will be the nominee for the Republican Party…this despite the factor that no one in the Republican Party can stand him.

From the start of his campaign, Trump has derided virtually every class of human being not only in the U. S. but also around the world. The policies he has presented, of which there are few, are so completely anti-U. S. that they would first off have a difficult time being passed by any sane government and secondly wouldn’t stand the test of the Constitution. We won’t even get into his continued usage of white supremacist Tweets, statements of support from nationalist group leaders that he has to be cajoled into refuting or has never rebuked, inability to understand the military, its usage, its components or the general laws of warfare and a general lack of intelligence, knowledge of geopolitical situations, racially tinged commentary or just general temperament and couth that he seems to have little ability to demonstrate. Misogyny, xenophobia, racism and so much more…it all has a home in the mind of Trump.

If there ever were a time for a third party candidate to emerge from the wilderness, it would be this campaign. Former New Mexico governor Gary Johnson is trying to be that “third choice” that would be able to throw a monkey wrench into the political system with the Libertarian Party. The Libertarians would seem to be a good choice for those disaffected with the current two-party system:  a political party that is socially liberal and fiscally conservative that believes in the U. S. citizen rather than the status quo.

Johnson, however, is far from Libertarian, I don’t care how many joints he smokes or edibles he partakes, Johnson was governor as a Republican and ran in the 2012 campaign for the GOP nomination. After being shunned there, he reinvented himself and was able to get the Libertarian Party to nominate him for President that same year. There is little to no evidence that he wouldn’t enact some of the draconian laws that he supported as a Republican, other than his word…in this day and age, that isn’t enough. Then there’s the way that the Libertarian Party has treated him, actually booing him during a Libertarian debate because he “wasn’t Libertarian enough.”

On that note, then there’s the party itself. The Libertarian Party advocates for as little government as possible, something that sounds great until it is actually employed (this was also the party the Koch Brothers originally got behind before realizing they needed to steal a real party to have any influence – hence, their move to the Republicans). Abolishing every federal government oversight organization – the Department of Education, Energy, and so forth – would not only decimate the country, it would allow for 50 different rules and regulations to be set across the U. S. The purpose of the federal government is to ensure that there is one set of rules for EVERYONE to play under, not the hodgepodge of beliefs that would explode (if you don’t believe me, just look at the question of women’s reproductive rights – you don’t think that would go to hell pretty quickly?). There is a need for a strong federal government and, while there are some changes that need to be made, it doesn’t require its dismantling. 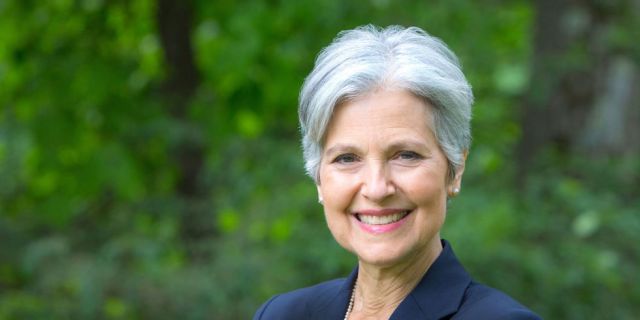 Dr. Jill Stein, an actual internal medicine doctor with a degree from Harvard Medical School (that snooty elitist!), is the nominee for the Green Party. An experienced campaigner who has been the candidate for the Governor of Massachusetts twice (among other elected offices), she earned almost 500,000 votes in 2012 for President, the most ever for a Green Party nominee. She left the practice of medicine when she felt she could do more in the political word for improving people’s lives through the quality of their local environment, hence her Green connections.

As a general rule, I don’t have an issue with the Green Party other than their myopic vision on the environment. Sometimes things have to be done in the world and it will have an impact on the environment, the key is to make as little an impact as possible. It’s not like we have other choices on places to live as homo sapiens and, as such, shouldn’t destroy the planet we live on, but that also doesn’t also mean that it is the ONLY topic of conversation or the overall guiding light of living.

With every bit of thought and analysis I’ve done, the only choice come this fall to be the 45th President of the United States is Hillary Clinton. If you are looking for a candidate with experience, she covers that mark. A candidate who will enact change without destroying the fabric of what the United States is, she’s the most logical choice (Trump? His OWN PARTY has said they will “keep him in line.”). Clinton has shown, through her past work, that she is a candidate who will be there for all people, not just one segment of the population (Clinton has a close challenge from Stein on this and, to a lesser degree, Johnson). Of these four choices, Clinton is the most logical, the sanest and the one who will be able to maintain the United States’ respected status in the world both diplomatically and otherwise.