2016 was the year that a megaton of TNT was tossed into the political process. Not only were there the rumors of the “rigging” of the process in the Democratic Party (unfounded since one candidate racked up FOUR MILLION VOTES more than the runner-up) but there was the shitshow that was the GOP primary. At one point during the primaries, 17 people were running from the Republican Party for the nomination. Only a scant two years later, it seems that we’ve learned nothing from the past as the clown car loads up for a second run, this time on the Democratic side.

The 2020 race began literally on Inauguration Day 2017. In arguably one of the earliest ever announcements of intent to run, Orange Foolius opened his 2020 reelection campaign THE DAY HE SAT DOWN IN THE WHITE HOUSE. No previous president had EVER taken this unfathomable step, simply because it is a ludicrous idea from the start (what is did was allow Orange Foolius and his sycophants in the “conservative” GOP the ability to worship their god – money and donations from billionaires). The Democrats haven’t done much better, however, they just simply waited until after the 2018 midterms – and the drubbing the Democrats handed to the “conservatives” of the GOP – before they put the makeup, clown shoes and squeaky horns into practice.

More than 18 months prior to Election Day 2020, the Democratic Clown Car is loading up with buffoons, pretenders and a few contenders. As of today, 20 potential contenders from the Democratic Party have said they are tossing their hat in the ring, with Massachusetts Representative Seth Moulton becoming the latest candidate. This isn’t counting former Vice President Joe Biden, who is supposed to announce some time this week his intentions, or the ghastly specter of Hillary Clinton that keeps hovering in the background waiting for attention. By Memorial Day, it is possible that there could be maybe 25 candidates that have announced for the Democrats.

It has literally become comical watching the Democrats scramble to find footing in the race. What isn’t comical, however, is the pressure it puts on the voters to find a viable candidate. On CNN on Monday, FIVE of these candidates – Minnesota Senator Amy Klobuchar, Massachusetts Senator Elizabeth Warren, Vermont Senator Bernie Sanders, California Senator Kamala Harris and South Bend, IN, mayor Pete Buttigieg – will have hour-long “Town Hall” meetings that will “break them out of the crowd.” The reason that is in parenthesis is that the only reason they’re doing it is for 1) filling programming time on CNN, and 2) trying to get people to like them.

One of the things about politics is that there are USUALLY protocols that are set in place and for a good reason. Newcomers to any political faction – be it a political party or an elected body on a local, state or national level – usually start out in a what was derogatorily called the “back bench,” waiting their time and learning as they help to advance the party and their platform and positions. But, in the 21st century, that has been thrown out the window, first by the GOP and now by the Dems.

It is a complete waste of time to have anything beyond 10 candidates FOR ANYTHING, let alone leadership of the free world and one of the most prosperous countries on the planet. It is arguable that the GOP process in 2016, which didn’t allow people to coalesce around a candidate that was, you know, a functioning adult with an education beyond a five-year-old, contributed to who they eventually nominated. The 16-person GOP Clown Car allowed for the party to be usurped by a fascist fuck with massive personality disorders and a Twitter fix that constantly must be fed along with his bloated ego.

The same thing could very well happen to the Democrats come 2020. Without the ability to actually focus on a small group – let’s say five to six candidates – there may be either a candidate that isn’t qualified or an extremist to sneak through the cracks and earn the nomination. Then the Dems would become no better than the current “conservatives” who suckle at the teat of Orange Foolius – afraid to offend the person lest they lose their support and unable to operate because of the outlandishness of what the person wants to do.

At this point – and there is a LONG fucking way to go, people – these are the top three candidates that are the MOST VIABLE from the Democratic Party: 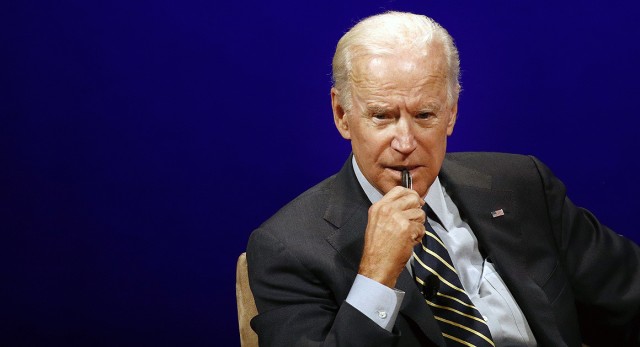 Joe Biden – Has the gravitas of a statesman, can cooperate with the middle and some “conservatives” and regain the respect the country once had before the jackass that’s sitting in the chair now (and I’ll say this now…when he leaves, I can guaran-fucking-tee there’s not going to be the traditional letter than the preceding President leaves for his successor). Cons: his age, some of his past stances on subjects like prison reform, the Anita Hill case and corporate involvement in elections. 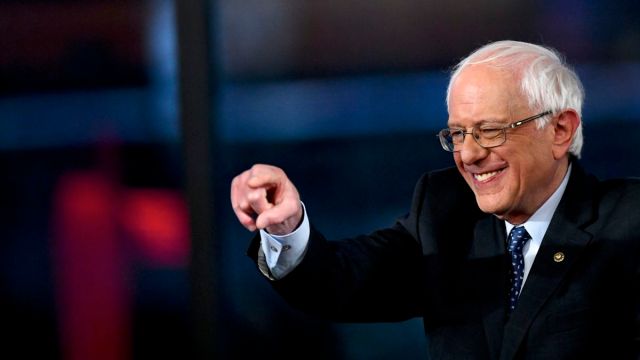 Bernie Sanders – Although I don’t personally like him, he has been able to build a strong coalition that sometimes outthinks themselves. Really, folks…do you think you’re going to get any action on what you want with a “conservative” in the office (then VOTE BLUE, you stupid fucks!)? Cons: not very convincing in how he’s going to pay for all the progressive programs he wants to enact, his past socialist stance (only recently has he moved to “democratic socialist”), his non-Democrat status (you want to run for the leadership of the party but you discard them when they aren’t useful to you?), his age, his professorial tone…do I need to keep going?

Beto O’Rourke – Beto’s been losing some steam of late – that’s going to happen in a 25-person race. But he’s captured people much like Barack Obama did. That’s also part of his cons: he is inexperienced, he hasn’t provided any substance to what he stands for and it isn’t known how well he works outside of TX.

Going beyond these three and it gets a bit murky. Harris is a solid, middle of the road Democrat that could be a viable contender but would probably make a much better VP or Attorney General. Buttigieg is the “wild card” in the field, gaining ground right now but with little known about him (and seriously, his best elected office is mayor of a small Midwestern town? The biggest things South Bend is known for is being home to the University of Notre Dame, not exactly giving you foreign policy gravitas despite his ability to learn foreign languages). And, if I had to pick a sixth, I’d go with New Jersey Senator Cory Booker, who has just enough experience to be viable and to make him dangerous if he were to win.

The rest? They will be fortunate to have “former 2020 Democratic Presidential candidate” on their resumes when their obituaries are written, because that’s about the only impact they are going to have on the campaign. Klobuchar? Nobody wants Meryl Streep’s character from The Devil Wears Prada in the White House. Gabbard? Would be a Republican if she knew she’d get elected in Hawaii. Gillibrand? Three words…railroaded Al Franken. Warren? We tried Hillary Clinton in 2016…do we want Hillary 2.0? Hickenlooper? Castro? Messam? Inslee? Swalwell? WHO???

I know the purpose of the primary is to winnow the field to the best possible candidate. But the purpose of the primary is also to choose from a VIABLE field of candidates. Two-thirds of the 2020 Democratic field doesn’t have a chance in hell of earning the nomination or, better yet, defeating the embarrassment currently playing more golf than Tiger Woods. To be able to choose, you must be able to focus on who is actually worthy of the office.

There’s a long time to go in this race, however. Perhaps before the first debates begin in June, the pretenders will realize the futility of their efforts and back out of the race (but I’m not holding my breath on it). But it can be said that the Democratic Clown Car for 2020 is rapidly filling up and it doesn’t bode well for their overall program.