When it comes to my service in the military, I am proud of it, but I don’t make a big deal out of it. My Honorable Discharge hangs proudly on my wall (thanks to my Mom, may she rest in peace, for keeping it all these years) and I have several photos that show me at different stages during my four years of service. I do fly the United States Marine Corps flag on military and some national holidays but, as previously stated, I usually don’t make a big deal of my veteran status. A situation recently has made me rethink this situation, however, because it seems that veterans still get short shrift in most arenas.

Recently I was flying back from a fantastic family trip to the Outer Banks of North Carolina (something that I would encourage people to do at least once – it is a historic, beautiful, exciting and fun area to visit) and doing what is the worst part about flying – waiting for the call to board the plane. If you’re one of the few people on Planet Earth that haven’t flown, let me set the stage for you: imagine a herd of cattle in a pen waiting for the train to open up and then, in an orderly procession, slowly meander onto the transport. That’s what loading a plane is like, only in a human form.

Anyway, back to the point. The gate attendant (the airline was unimportant, but they recently bought the naming rights to the Las Vegas Raiders new stadium) was doing a fine job, actually moving the cattle forward with some rapidity, when I heard her make this call. “At this time, we’d like to allow all active duty, reserve and retired military to board the aircraft first and thank you for your service.”

I’ve heard this on many an occasion but, for the first time, this set me off.

Airlines aren’t the only ones who have fallen victim to this mindset. Many restaurants and other businesses, when looking to “Salute the Troops,” will often use those three designations – active duty, reserve service and retired – often negating those who aren’t actively in service and didn’t retire from the Armed Forces but did actually served for a substantial amount of time in some cases. According to estimates from the National Conference of State Legislators, there are 18.8 million veterans in the United States. Of that total, there are roughly 2.1 million retired military persons and 2.3 currently active or reserve members of the Armed Forces. That means there are over 14 MILLION people in the States of America whose service to the country is being disrespected.

I am sure there are plenty of instances of this, but I don’t have to go any further than my family for examples. My service in the USMC was honorable but, after four years of active duty (and two more in the Reserves), I decided that the military lifestyle wasn’t for me and walked away. Service in the military isn’t for everyone and, although I credit the military lifestyle for being an important building block in the creation of me, I recognized that it wasn’t something that I wanted to make a career of philosophically, politically or otherwise. In short, I was proud of my service, but I wasn’t looking to do it permanently. 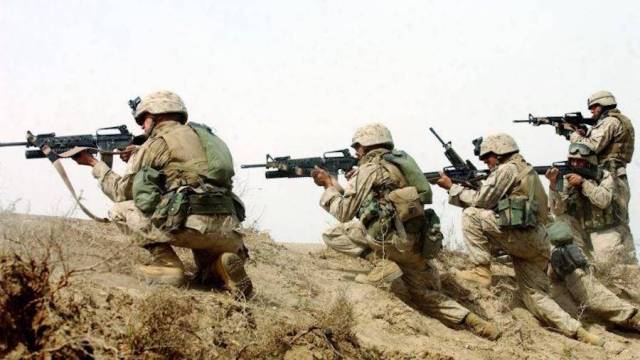 For an example on the longer end my brother, from the time he entered the USMC, wanted to make a career of it. The little idiot actually signed up to JOIN THE INFANTRY, for fuck’s sake. And he served admirably in the first Gulf War, where he was injured by a shattered windshield on his troop carrier (the glass from the windshield nearly took one of his eyes out) as his unit rumbled into Kuwait City, but he refused the Purple Heart.

As the years went on, however, the wear and tear of the military and, in particular, the infantry requirements began to debilitate him. Four years short of making his lifetime goal – to serve for 20 years in the military – the USMC had to medically discharge him because his body was so broken down he couldn’t go on (a prime example of “the mind wanting to but the body unable”). So, for statistical purposes, my brother – who gave his body in service to the country – is NOT a “retired” veteran…just a “veteran” but not worthy of recognition. Nowadays he makes do, but without the retired military veteran’s pension that he had worked so long for.

This type of story can go further, even to today’s veterans. How many of the young men and women have returned from Iraq or Afghanistan, after four or eight years of service (or shorter, in some cases) with debilitating or life-altering injuries, and face this same type of thought? That you are “not worth honoring” because you aren’t currently serving or retired? And what about those 14 million plus veterans who did their jobs – and did them honorably, from Berlin to Okinawa, from Vietnam to Korea, from Grenada to Beirut, from Baghdad to Kabul, in “peacetime” (an oxymoronic statement about the States of America) and in times of war – but yet are neglected when it comes to recognition or treatment? 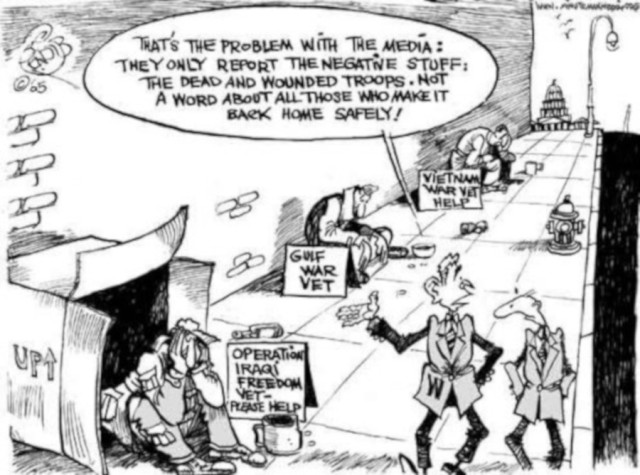 Recognition of veterans has always been a bit shitty in the States of America, to be honest. We talk a good game about “supporting the troops” but, when it comes down to actually taking care of that Afghanistan veteran, now a quadriplegic, who is trying to get by on a Social Security check or getting the right mental health care for that Vietnam veteran who saw a village on the Mekong wiped out by napalm and still wakes up at night screaming, this country hasn’t come up for them. We have an amazing capability to create veterans, we also have a tremendous ability to tell them to fuck off when they need help the most.

In the grand scheme of things, whether ALL veterans are honored with special treatment isn’t that big a deal. But instead of segmenting some for “special recognition,” it perhaps would make more sense to either recognize ALL of those who served – regardless of whether they are active, retired or “just a veteran” – or just don’t bother with the platitudes. If you want to show “support for the troops,” how about taking care of them once their service is complete rather than a couple of bucks off a meal at Golden Corral?

One comment on “If You’re Going to “Show Support” for the Military, Show it FOR ALL”