Today marks 18 years since the terrorist attacks on the World Trade Center changed the world forever, and not for just the States of America. 19 terrorist hijackers primarily from Saudi Arabia – 15 of them held Saudi citizenship, two were from United Arab Emirates, one from Lebanon and one from Egypt – seized control of four aircraft flying cross-country routes from Boston, Newark, NJ and Washington, D. C., to California (Los Angeles and San Francisco). Loaded with jet fuel, the terrorists utilized the planes as weapons, employing training that they had received at flight schools in the U. S. to pilot one plane each into the Twin Towers of the World Trade Center, one into the Pentagon in Washington and, after an uprising of the passengers on the flight, a forced crash landing in a field in Pennsylvania instead of its intended destination of the White House or Capitol Hill, home of the U. S. Congress.

The results of the 19 terrorists’ actions were immediate and numbing. 2977 people – and not all of them ever had any physical evidence of their existence ever recovered from the wreckage – were killed in the four instances, the worst terrorist attack on U. S. soil in the country’s history (the 1941 attack by the Japanese on Pearl Harbor technically did not occur on U. S. soil as Hawaii was a territory of the U. S. at the time, not a state). And, much like when Pearl Harbor was attacked, the response from the country was swift and powerful. But the question has to be asked – 18 years later in the aftermath of the 9/11 attack, has it been worth it?

In the days following 9/11, first responders sifted through the rubble of the Twin Towers, the Pentagon and that field in Pennsylvania, trying to find any survivors and, when it became apparent that there were no survivors, recover the bodies of those who were killed in the attacks. Meanwhile, the presidency of George W. Bush aggressively moved to act against an unknown opponent. In an address to Congress mere days after the attacks, Bush announced that a “war on terrorism” needed to be conducted and, with the blessing of both the House of Representatives and the Senate, received virtually everything that was asked, including wide-sweeping mass surveillance of citizens of the U. S. (the Patriot Act of 2001) and broad ability to conduct military actions anywhere in the world.

That thoroughly expected military action is still ongoing. As a part of the actions given to the Bush administration, on September 14, 2001 a broad Authorization for Use of Military Force Against Terrorists (AUMF) was granted by Congress. This allowed the Bush administration to immediately attack – without the consent of Congress, who is the body that has the right to declare war against another country – anyone viewed as “responsible for the attacks of September 11” and any “associated forces.” The AUMF has since been used by subsequent administrations.

There has rarely, in the history of the U. S., been two documents that affected the future as much as the Patriot Act and the AUMF. With the Patriot Act, it became possible for the government itself to spy on its own people, something that would have been abhorrent to the founders of the country or, even more recent, those that fought against oppressive governments in Germany, Japan and Italy in World War II. With the AUMF, it basically allowed the government to wage war virtually anywhere in the world in the name of the “war on terrorism;” it has been used to justify military actions by not only the Bush administration but those of President Barack Obama and the current occupant of the White House in countries as diverse as Afghanistan, Yemen, Georgia, Syria, Kenya, Ethiopia, Iraq and Somalia, among others.

But other, uglier actions arose from 9/11. Now called “hate crimes,” attacks against Muslims, Middle Eastern “looking” people, people of Asian descent (Sikhs in particular, who wear turbans that are erroneously confused with being associated with the Islamic faith) and others precipitously rose, blaming them for the actions of the 19 terrorists. This included taunting people in public and burning mosques all the way to killing people, when white supremacists took lives of those that “looked like terrorists” or were “towel heads” in a murderous rampage. It is arguable that these actions go on to this day.

Citizens themselves are not absolved of any responsibilities or blame for the devolvement of society since 9/11, either. If Watergate damaged the image of the country in peoples’ minds, the 2000 election controversy between Bush and former Vice President Al Gore and the actions of 9/11 totally destroyed any belief in a “just” government. These shattered thoughts and beliefs have tumbled over the past two decades into a massive snowball that ravages the psyche of the country in an avalanche of unsubstantiated thoughts and “alternative facts,” weaponized by extremists and employed by those to justify their philosophies.

Beliefs that the U. S. were a part of a “New World Order” (a phrase, ironically, uttered by Bush’s father, George H. W. Bush) brought about the idiotic conspiracy theories that 9/11 was an act by the Central Intelligence Agency and other nefarious operators, both domestic and international, to take freedoms from the citizens of the U. S. The use of fraudulent intelligence by the Bush administration that led to the Second Gulf War and the overthrow of Iraqi dictator Saddam Hussein further ripped the fabric of the country. And the virulent rhetoric from both sides of the political aisle – that if you didn’t fully support “American” action, then you weren’t a “true American patriot” – contributes even today to the massive schism that exists in our political process.

The costs of the “war on terror” brought by the 9/11 attacks also have to be questioned. The human toll is striking and depressing simultaneously – the U. S. military has seen roughly 7000 deaths and tens if not hundreds of thousands of injuries from operations contributable to the “war or terror.” The civilian cost is estimated to be conservatively 1.3 million deaths, although some estimates set the total closer to four million. And the costs to cultural, religious and historic areas – ISIS has destroyed many sites of antiquity in their version of the “war on terror” – are too numerous to mention. 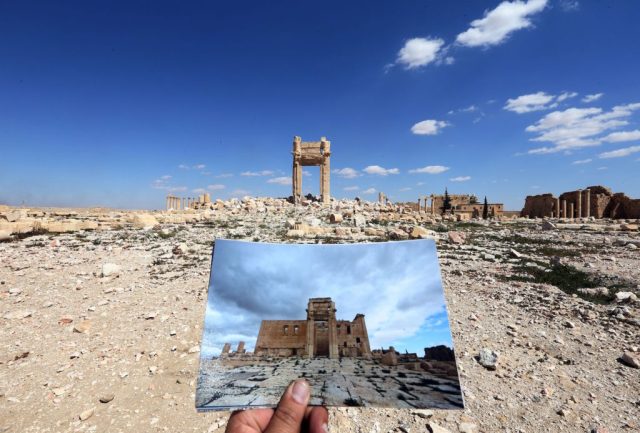 The human costs are arguably the most important thing, but the financial costs of continuing the “war on terrorism” are approaching astronomical figures. Since 2001, it is estimated that the three U. S. presidential administrations that have conducted the “war on terrorism” have spent $7.6 TRILLION pursuing terrorist targets around the world and added $2.4 TRILLION to the U. S. budget deficit. This isn’t counting what other nations, including our NATO allies, have spent in their support of the actions following 9/11.

What has all of this brought to the U. S. and the world? “Terrorism” is something that can never truly be snuffed out. It is an action that dates back to biblical times (a Jewish group called the Sicarii would use concealed daggers to execute their targets in large crowds before slipping away and the Hashhashin, an Islamic sect, were a terrorist group in the 11th century that employed terrorist killings – the group’s name is where the word “assassin” comes from) but, in recent history, has moved from a “nation-state” action to a tool used by an individual political, religious or social group that has no traditional physical base of activity. It is one of the reasons that al-Qaeda (the terrorist organization responsible for 9/11), despite the protestations of the current administration, continues to thrive around the world.

And what has been the collateral damage from the aftermath of 9/11? In the U. S., we have raised a generation of children that know nothing but “war” and a misguided view of “patriotism” that is foisted by some who use that “war” as a political tool. In the world, there are people who have seen their families affected by the bombs of some far-flung U. S. drone attack, the bullets from a U. S.-made weapon or the ravages of imprisonment for “being (insert your religion or nationality here)” that has permanently implanted anti-U. S. sentiments in their minds. And the money that has been spent on the pursuit of “war” hasn’t been spent on areas to improve life for EVERYONE, significantly impacting all facets of life around the world.

On this 18th anniversary of 9/11 and in the future, as the costs both human and financial continue to rack up, we all must ask ourselves – “Was (Is) it worth it?” The nationalism that is becoming prevalent in the world nowadays can be directly traced back to 9/11 and it is something that has to be combated because it will only acerbate terrorism throughout the world. When it comes to the aftermath of 9/11, everyone has to have the ability to examine this question and plenty of other ones truthfully and come up with their own answers because this current situation cannot be continued in perpetuity. The current situation also cannot be allowed to flourish, lest it destroy civil society and plunge the world into an anarchistic state or theocratic or fascist rule. There is no such thing as “total security” and these thoughts present not only the people and leaders of the U. S. with a complex challenge but the world as well.