Rather than delve into the delusion that currently is supposed to oversee this country (and trust me, there’s plenty to call the Tangerine Ignoramus out on simply from this last weekend alone), I’ve decided to start something that will definitely be much more fun. Since college basketball is deciding the 64 teams (OK, 68 teams because of those simply idiotic play in games the NCAA conducts) that will compete for their championship, thought it would be fun to do the same but in a different arena – the genre of hard rock/metal music.

As it is one of my personal fortes, hard rock/metal music is essentially celebrating its 50th Anniversary since the release of Steppenwolf’s “Born to Be Wild,” which contained the lines “Get your motor running/heavy metal thunder.” With this in mind, I’ve put together a compilation of the top 64 hard rock/metal bands from four different eras – the 1960s/70s, the 1980s, the 1990s, and the 2000s/10s – and split them up in accordance with those eras into “regions.” We’ll break down the matchups in each bracket and, with hope, readers will make their own comments and vote on the matchups and perhaps they’ll be some sort of prize at the end – the management here (re:  me) is still trying to come up with that prize.

What are the criteria for consideration? First, the band/singer would have to have some sort of longevity to their career – you don’t see many bands or singers that are considered “legendary” if they were only around for a couple of albums (Amy Winehouse is a rare exception, but that’s a discussion for another time). Second, the band/singer would have to have an impact on the genre – did they do something particularly noteworthy or notorious that put them into the annals of the genre’s history, a song or “behavior” that was historic. Third, just how popular were they when they were in existence – a band or singer that was wildly popular with the fans might get some leeway over a critical darling OR vice versa (depending on tastes). Fourth, what accolades did they receive – awards, gold records, and recognition by the industry (Rock & Roll Hall of Fame, hello?) are all under consideration here. Finally, was the band/singer influential on future generations of music – have they helped shape the genre since they have left the sphere? 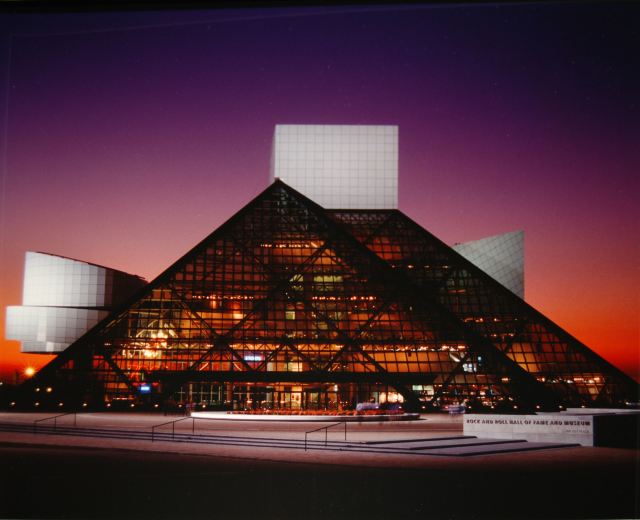 We talked about the 1960s/70s in Part 1 and the 1980s in Part 2, so now we’re ready to head into a decade – the 1990s – that saw something that we have never seen before in rock music and probably won’t again. At the start of the decade, “hair metal” was still ruling the roost when it came to hard rock/metal, but it was quickly snuffed out by the sounds emanating from the Northwest. “Grunge,” for all intents, killed the “hair metal” band while embracing the mood of the culture of the day. That cannibalization by grunge in devouring the “hair metal” bands is something that we had never seen before in the industry – normally if something new comes along, it will eventually get folded in like an omelet into the existing structure(s). Grunge chowed down on “hair metal” rather than soak itself into the genre.

There were many candidates for this “regions” bracket and many of those selections reflect how grunge became the powerhouse of the 1990s. I am sure there will be some complaints as to the selections and, if so, please include those when you discuss the matchups in your reply! 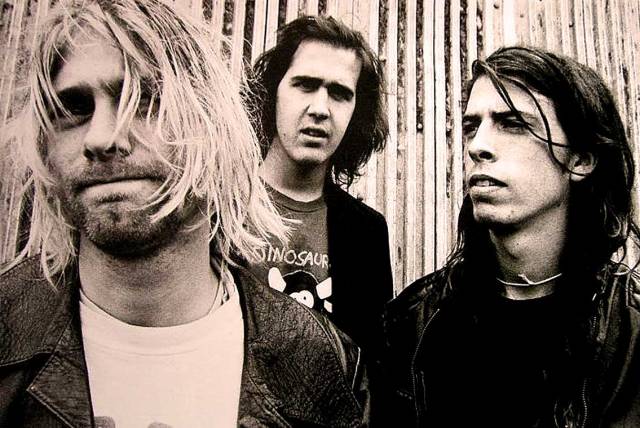 Unfortunately for Les Claypool and the men from Primus, this looks like utter destruction from the start. Going against one of the bands considered the “fathers” of the grunge movement, a singer and musician considered the “voice of a generation” by their fans AND a critically, commercially, and historically lauded success (first-ballot entry into the Rock & Roll Hall of Fame)? Hey, somebody had to be the #16 seed in this bracket…

From whatever angle you look at the matchup, these two bands seem to be equals across the board. Challenging thoughts and beliefs in the masses? Check. Earn scorn from the “squares” for your appearance or actions? Yep. Influence a generation with your styles, songs, and subterfuge? You got it. Both Marilyn Manson and Nine Inch Nails were the real groundbreakers during the decade. About the only way to set the two apart is that Marilyn Manson was a band; Nine Inch Nails was basically Trent Reznor playing all the instruments and producing the material. That may give him the edge.

Yes, it may sound sacrilegious, but Pearl Jam only rated the #4 seed in the 1990s. Some might complain they should be in one of the top three slots but, as you’ll see, who do you toss out? As far as this matchup goes, Eddie Vedder and Co. get the nod for overall influence, commercial and critical success and various honors earned. Then again, the vote of those following this tournament may have something different to say about the subject.

For all the flak they receive, Nickelback is one of the most popular groups of the 1990s – amazing since no one admits to actually listening to them. They certainly churned out the music during the decade, no matter how banal it could be. Foo Fighters brings our first double nominee in the tournament – Dave Grohl, the drummer for Nirvana, went on to form Foo Fighters after the death of Kurt Cobain – and presents a band that was built for pop success but never forgot its rock roots. We’ll see if Nickelback’s loyal legions turn out to try to stop the Fighters from taking this one down. 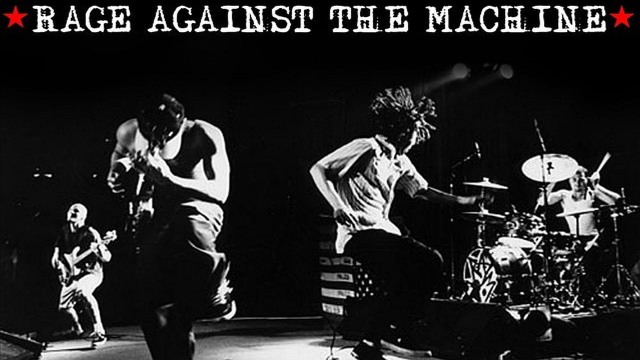 Just like the 1-16 matchup in this region, the 2-15 also looks to be a beat down. Rage Against the Machine was one of the most political bands in the history of rock music, let alone hard rock/metal, and used their powerful musicianship (in the hands of guitarist Tom Morello and vocalist Zack de la Rocha) to drive that message home. Linkin Park, while putting together some very good work of their own, couldn’t hold a candle to Rage, however. What might give some pause? Linkin Park is still around today – the same can’t be said for Rage Against the Machine (although there are murmurs that this could change).

There is one key thing that may give one of these groups the edge over the other. While both are very accomplished in the hard rock/metal arena, Korn continues to put out solid albums to an adoring fan base. Because of what the band has called “legal issues,” Tool hasn’t released any new music in a decade and doesn’t seem to be in a hurry to release anything now (those legal issues were resolved in 2015). Even without the nearly decade-long hiatus, it was going to be tough for Tool to unseat Korn – but we’ll see who the voters like.

Green Day was the pseudo-punk band that everyone would love throughout the 1990s, but Creed – also trying to make their mark outside of the “grunge wave” with their pretentious songs and charismatic singer Scott Stapp – tried to match Green Day for supremacy, especially in the latter part of the decade. Stapp’s personal demons would catch up with Creed, however, breaking the band up as the new millennium started. Green Day has gone on to tremendous success commercially and critically and has been inducted into the Rock & Roll Hall of Fame as one of the influential bands of the genre. Let’s just gloss over the fact that the “punks” have a Broadway show now… 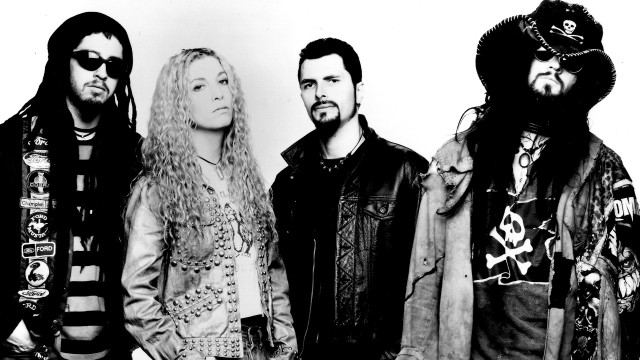 I am sensing an upset here. While Alice in Chains was an integral part of the grunge movement, their time in the sun was a rather brief one that spanned only four years (90-94). White Zombie was about as “non-grunge” as it got, instead going into an Alice Cooper-like “nightmare metal” that Rob Zombie still performs to this day (the actual band dissolved in 1998). Perhaps because Zombie has been able to push into other fields – he is a noted film director and comic book buff – the notoriety of the band has prevailed while Alice in Chains has slowly disappeared.

(Writer’s note: I know Soundgarden was left out of the region. However, after you get by Pearl Jam, Nirvana, Alice in Chains, and some of the other grunge acts, Soundgarden was actually pretty far down the list, don’t you think?)

That’s it for the third “region” of our tournament. We’ll look at the 2000s/10s (and be thinking of who could be the #1 seed for that “region” – would love to hear those opinions) later this week and get into the second round, hopefully by next Monday. Don’t forget to vote by replying here and I will compile the responses – and maybe award a prize once a champion is crowned to a reader!